We were just 30 miles from Rock City in East Bay, a maze filled with oddly shaped boulders. Some rose up high, towering over us like fortresses. Others sprang like enormous puffball mushrooms, almost too perfectly round to be real. Others were mysteriously pockmarked. “wind caves,”It is large enough to climb inside and perch on top of an ancient rock wall.

We’d awakened early on Saturday morning and, with no plans for the Labor Day weekend, decided on a whim to head to Mount Diablo State Park. It was somewhere we’d never ventured, and the pictures I’d seen — people tucked into its crevices, kids climbing knobby inclines and faces, shapes and words carved into unusual rocks — had been tempting me for months. It almost looked like Joshua Tree in some photos.

The temperatures are forecast to be in the mid-70s by midday and rise to the 90s late afternoon. Smoke (in the “moderate”range on the Air Quality Index) are invited to visit.

Rock City in Mount Diablo State Park is a playground for caves and climbable boulders.

The drive out — on Highway 24 through Oakland and the Caldecott Tunnel, south on Interstate 680 to Danville, then winding through some of the swankiest Bay Area suburbs — was an education in itself. My daughter was astonished at the lush landscaping and grassy lawns after being led astray in Google Maps. “How much water are they using?”She asked, clearly making the connection between our frequent reminders not to waste water and all the vibrant green and flowering plants around us. There’s nothing, I thought, as withering as a 6-year-old’s judgment.

As we made our way up Mount Diablo Scenic Boulevard, we found it narrowed. We slowed to crawl as we followed a group bicyclists up the side of the mountain. I’d wondered why this 30-mile drive to Mount Diablo State Park’s south gate took an estimated 50 minutes. These 4 miles were the reason. 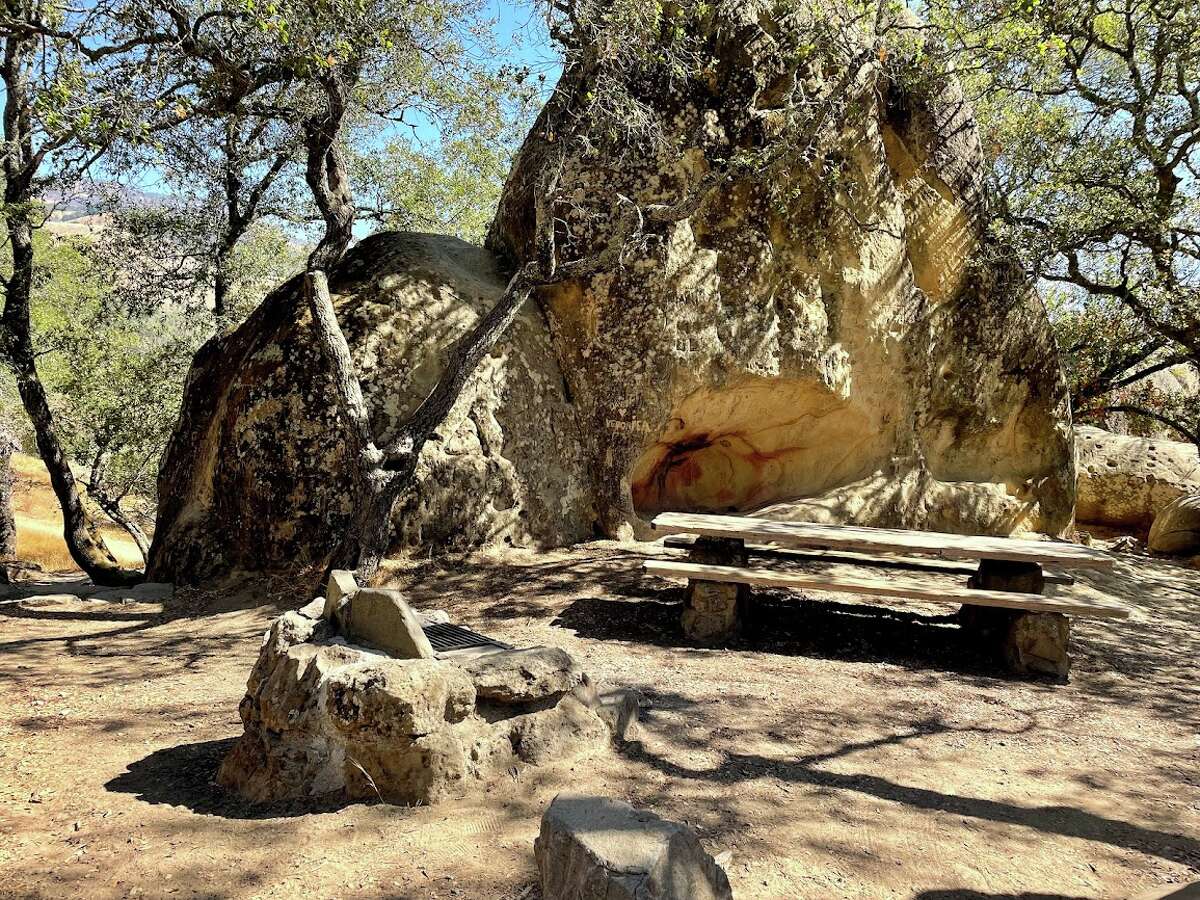 We were able to take in the views from the San Ramon Valley to Las Trampas Regional Wilderness at 10 mph, and the road was virtually shoulder-less.

Once we reached the park entrance, $10 was paid for a day-use permit and we set off. The trail was wide and shady, with deep cracks in the clay and shaded by oak and pine. On either side were shrubby manzanitas with blood-red bark that was so smooth and shiny it begged to touch. I stopped to run my fingers along the trees’ thin branches — a visceral sense memory from my Northern California childhood — while my husband and daughter plowed ahead through this weird, magical, surreal Rock City. 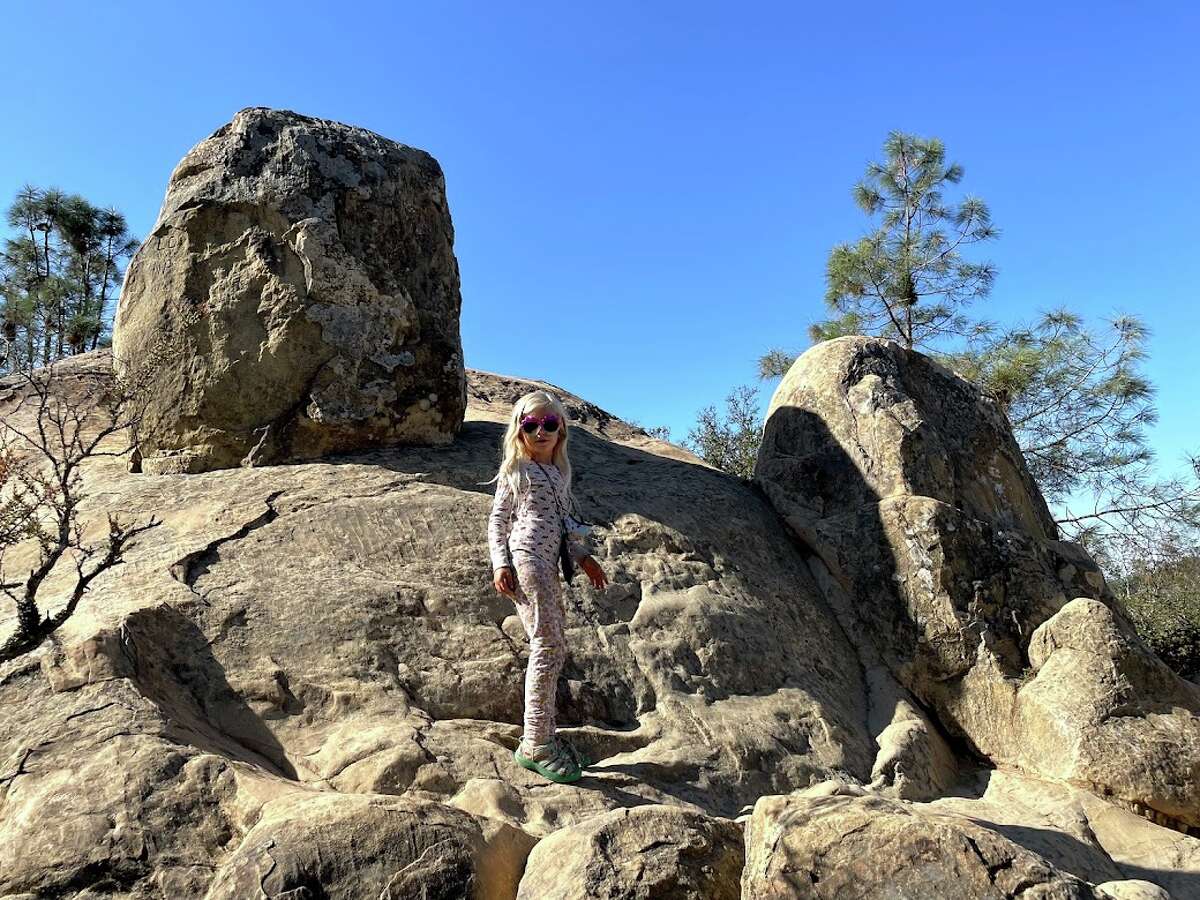 I was certain that this was a man-made creation. A sculpture garden? A rustic playground? A Burning Man art project When you live in the city, nature’s eccentricities can seem mythical. How did a place such as this exist without the genius mind of an engineer?

Mount Diablo, an undersea volcanic volcano, rises approximately 3,800 feet above sea-level. It was once surrounded in water. The sandstone that forms Rock City’s bizarro world of undulating ground, boulders and pinnacles is made up of what was once the mineral sediment — grains of quartz and feldspar minerals — carried by rivers and ocean currents millions (45 to 50, according to the park’s placards) of years ago of an eroding Sierra Nevada. The soft, loosely cemented Sandstone erodes quickly when exposed the elements or by the hands. 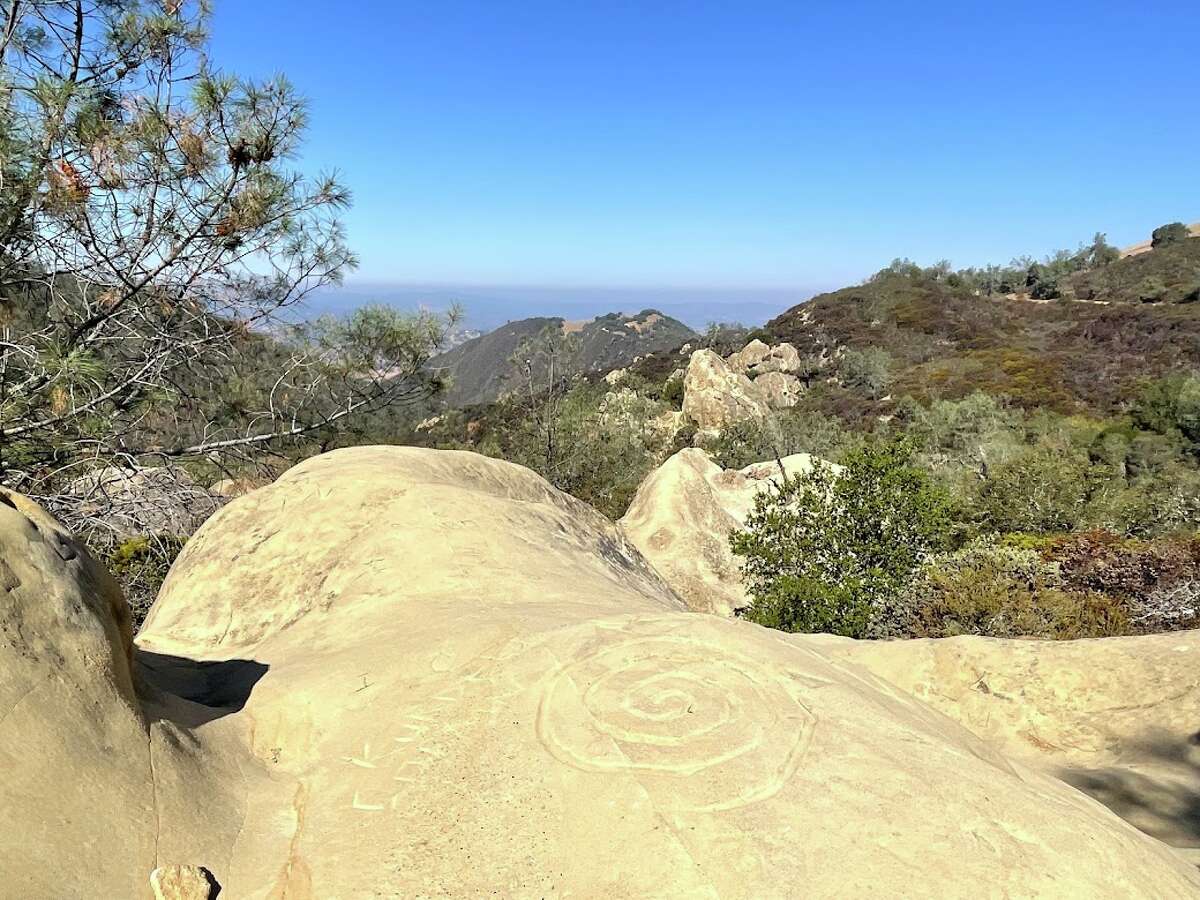 “The south and west-facing caves catch the full force of the storms that come inland from the Pacific Ocean, hastening the sculpturing process,”One placard explained. But it’s not just wind and rain carving up the Rock City landscape and its constellation of geologic landmarks: Wind Caves, Elephant Rock, Sentinel Rock, Artist Point and Fossil Ridge. Humans have also made an impact.

During the Great Depression, the Civilian Conservation Corps — a New Deal-era program that put unemployed Americans to work on infrastructure projects — built stairs and trails, Mount Diablo’s Summit Museum and the nearly 100 chimney stoves rock-mined from the park. The sandstone is also carved by visitors with their names, symbols and faces. 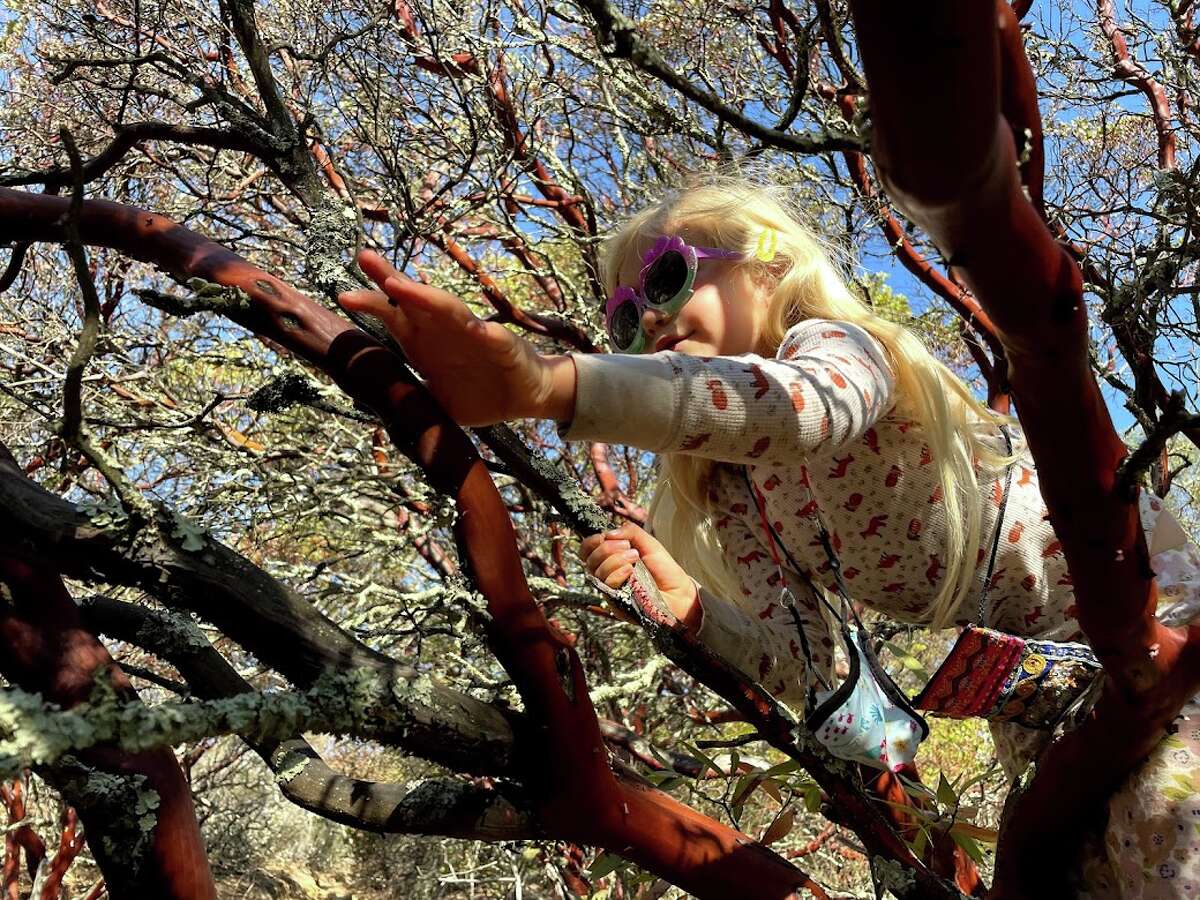 We only met a handful of other groups during the two-hour exploration of Rock City on a Saturday with perfect weather and a holiday weekend. Although there was plenty of hiking to be done, we spent our time climbing, touching and hiding more than trekking. (Whatever your plans, be sure to bring more water than you think you’ll need, as most of the park’s faucets are turned off because of the drought, though pit toilets are scattered around the park.)

When my son and me met up with half of our crew, Roxie, my daughter, started chirping excitedly. “Mommy, Mommy!” But I couldn’t see her. Her joy echoed against all the boulders, making it difficult for me to determine where her voice was coming. Then I looked up and noticed her eight feet up, perched on a huge boulder. Her Elton John-esque glam sunglasses — blue and purple glitter clamshells — glinted in the mid-morning sun. She smiled with a hammy smile that was missing two of her bottom teeth and giggled and waved. For someone who’d wanted to stay home and play with Legos, she seemed awfully thrilled with herself. 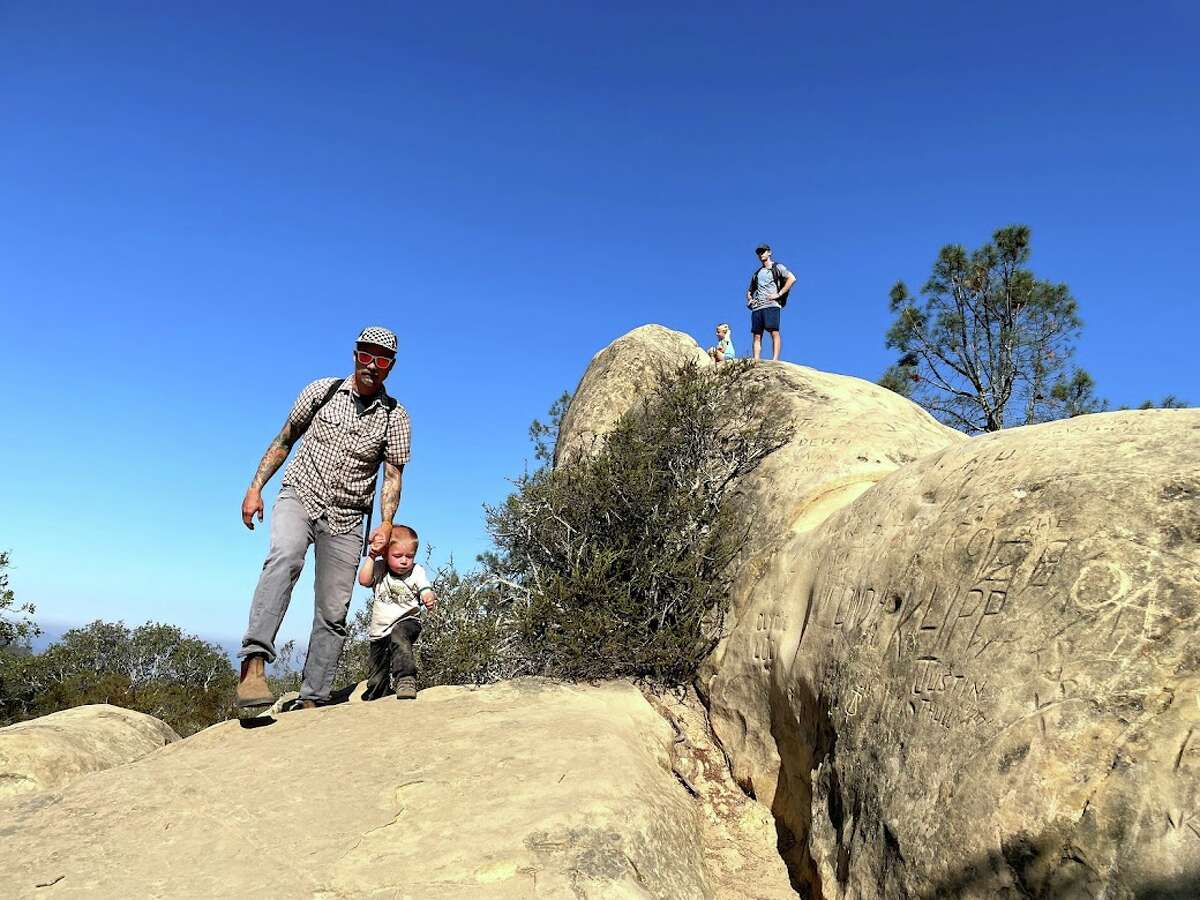 During a recent visit to the Rock City Trail, there were only a handful other groups. 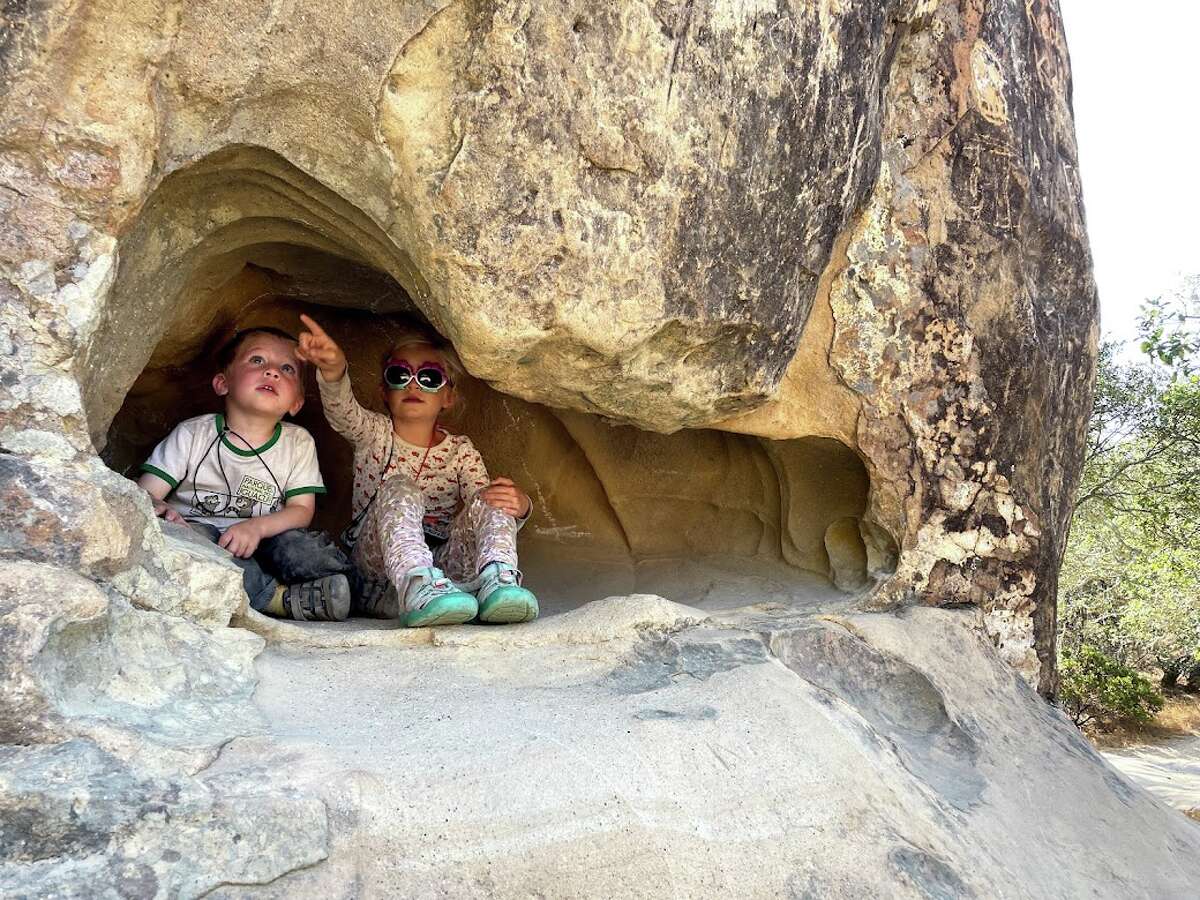 During a recent trip to Rock City, the author’s children find a hiding place. 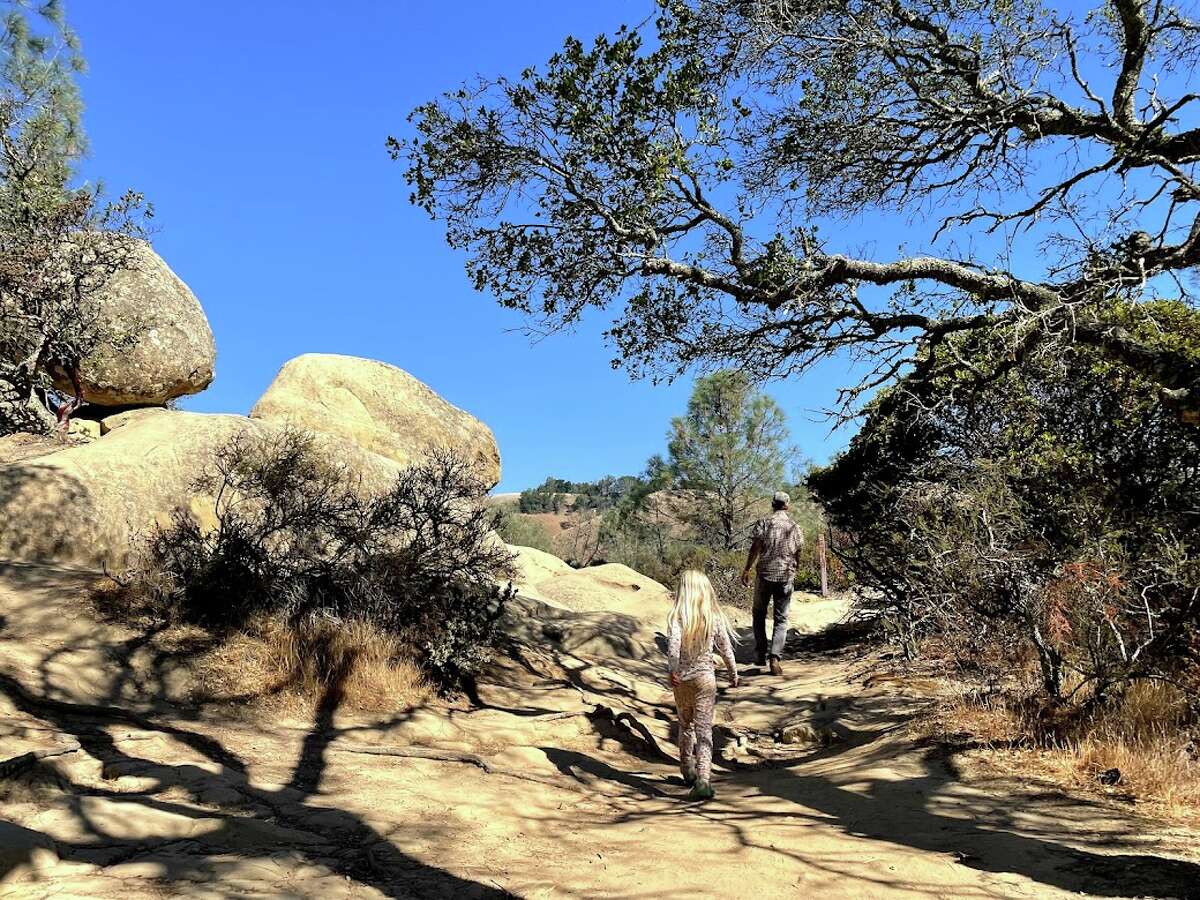 Rock City is only one of the many trails that cross Mount Diablo State Park. 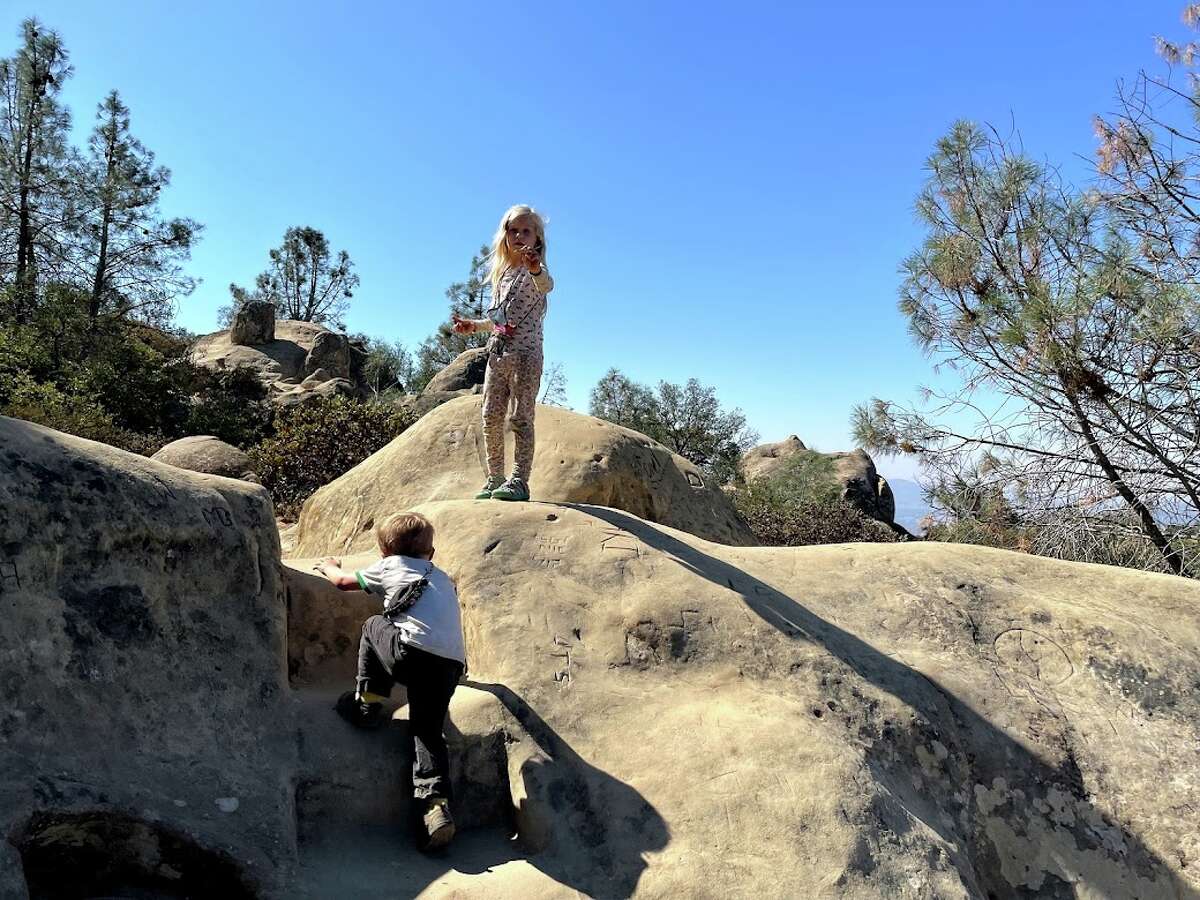 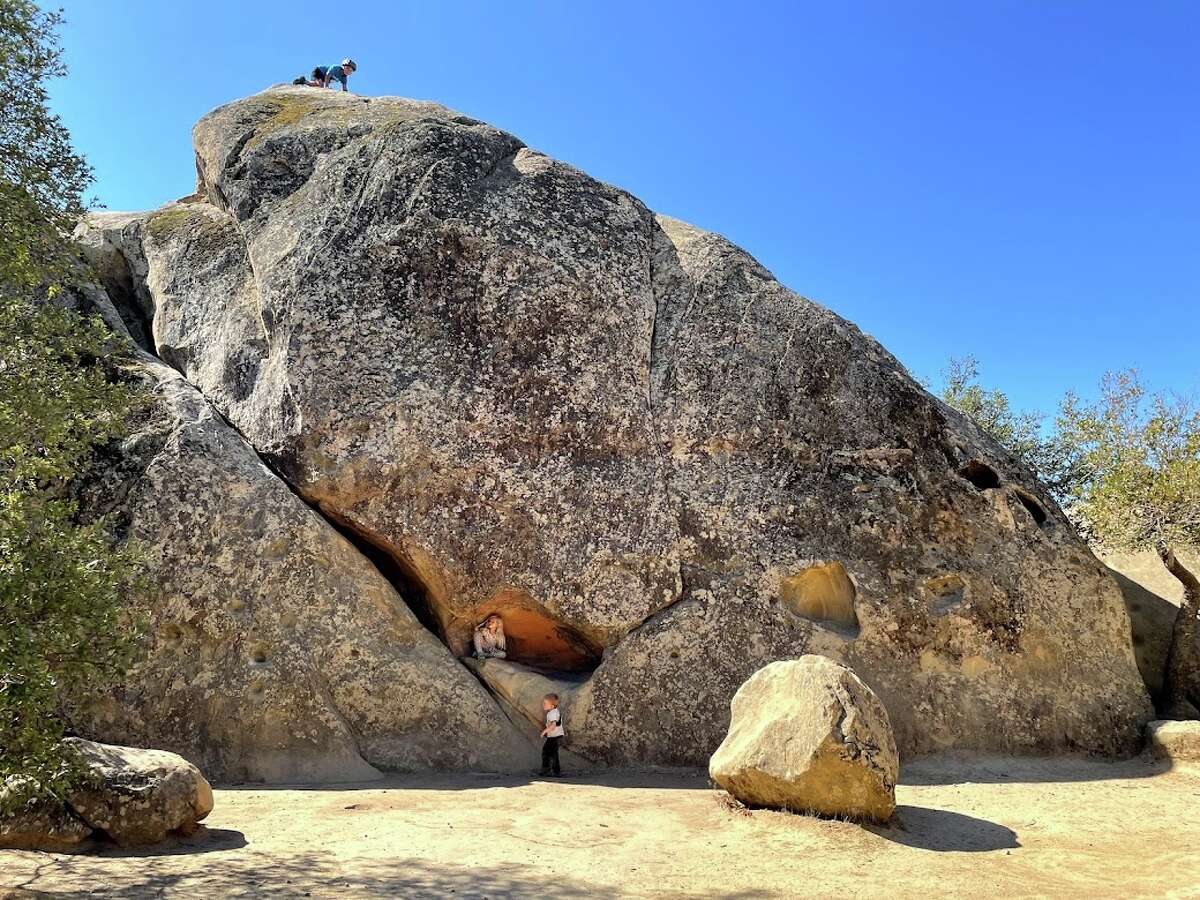