Henry Meinke, a farmer in Niles, saw an orange light in southeast sky while he was working on his land. This was 1871. The orange light was caused by the glow of the Great Chicago Fire.

Meinke Garden Center, more than 150 years later is still in operation at its former farmland on Touhy Avenue at Lehigh Avenue west from the Edens Expressway. It’s now the oldest business in the northwest suburb, surviving with the hardiness of a plant growing in gardening’s Zone 5.

There have been generations of customers who have used this store to buy spring and fall flower and vegetable plants, firewood and pumpkins in the autumn, and Christmas trees and poinsettias brought in from other countries in winter.

Some mice will now stop at the ears of Tigerina the family cat.

That’s the hospital where he was born in 1927. His mother was about to give her first child. “They had to carry her a couple of blocks to somebody over at Howard Street who had a car, who drove her to Evanston Hospital,” according to Mr. Meinke’s son Jim Meinke.

Mr. Meinke continued to appear at the gardenHe was a familiar face at the center until his congestive heart failure and old age.

He loved to talk with customers and ask what they did for a living. They’d ask about buying and growing perennials, geraniums, rose bushes and tomato plants. He’d tell them he was partial to yellow Sun Sugar tomatoes for their pop of sweetness.

His son mentioned that Scottie Pieppen and Bonnie Hunt were among his customers.

Mayor George D. Alpogianis contacted him “the epitome of the village of Niles. They had the personal touch there. There was always a family member to help.”

The business was founded by Mr. Meinke’s grandfather, a hired hand who married a widow whose late husband had farmed the 10-acre site where the gardencenter is now operational.

Thomas E. Ferraro (author of) stated that Niles was dotted at the time with onion and beet farm workers from Germany, Norway, Luxembourg and Germany. “Niles: the Early Years.”

Mr. Meinke’s grandfather was a native of the Mecklenburg region of Germany. According to a, a stretch in Touhy was once known as Mecklenburg Road. Centennial historyNiles

The Meinkes operated a farmstand to sell their vegetables and fruits in the 1920s.

Around 1931, “When he was 4 years old, he went with my grandma to Germany”Jim Meinke stated that Jim Meinke visited relatives and stayed for approximately six months. “He learned how to speak German.”

In Mr. Meinke’s later years, “He could still read the newspaper in German and speak some German,”His son said.

As a boy, he’d make a little money selling candy bars at the farmstand. On Sundays, he’d visit a neighbor to read her the “funnies.”

“She didn’t know how to read,”His son said. “Your neighbors were almost an extension of your family. He went over and read her the comics. Not everybody was well-educated then.” 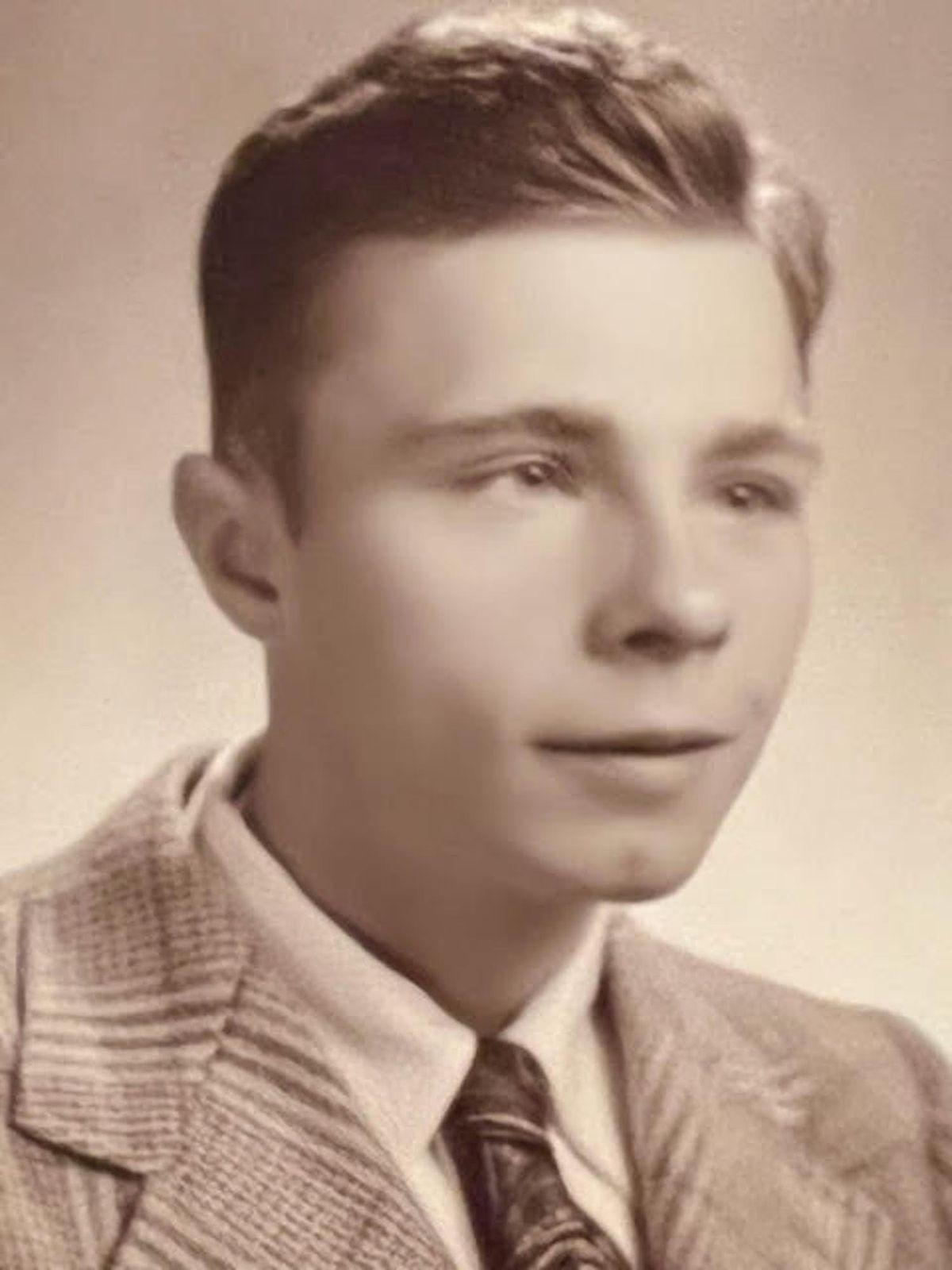 Young Henry graduated in Skokie from the Niles Township High School. Later, it became Niles East. He ran track and cross-country. He took on the additional role of coaching his fellow runners when the coach left to fight in World War II.

A.B. The Dick Company was building a new plant in Niles on Touhy Avenue. “My dad helped push wheelbarrows of cement,”His son said.

Dolores Lindmark, his future spouse, and Mr. Meinke met at a dance.

Although the family still sold produce at the farmstand up to 1987, the Meinkes began building greenhouses and selling plants and flowers by the late 1960s. 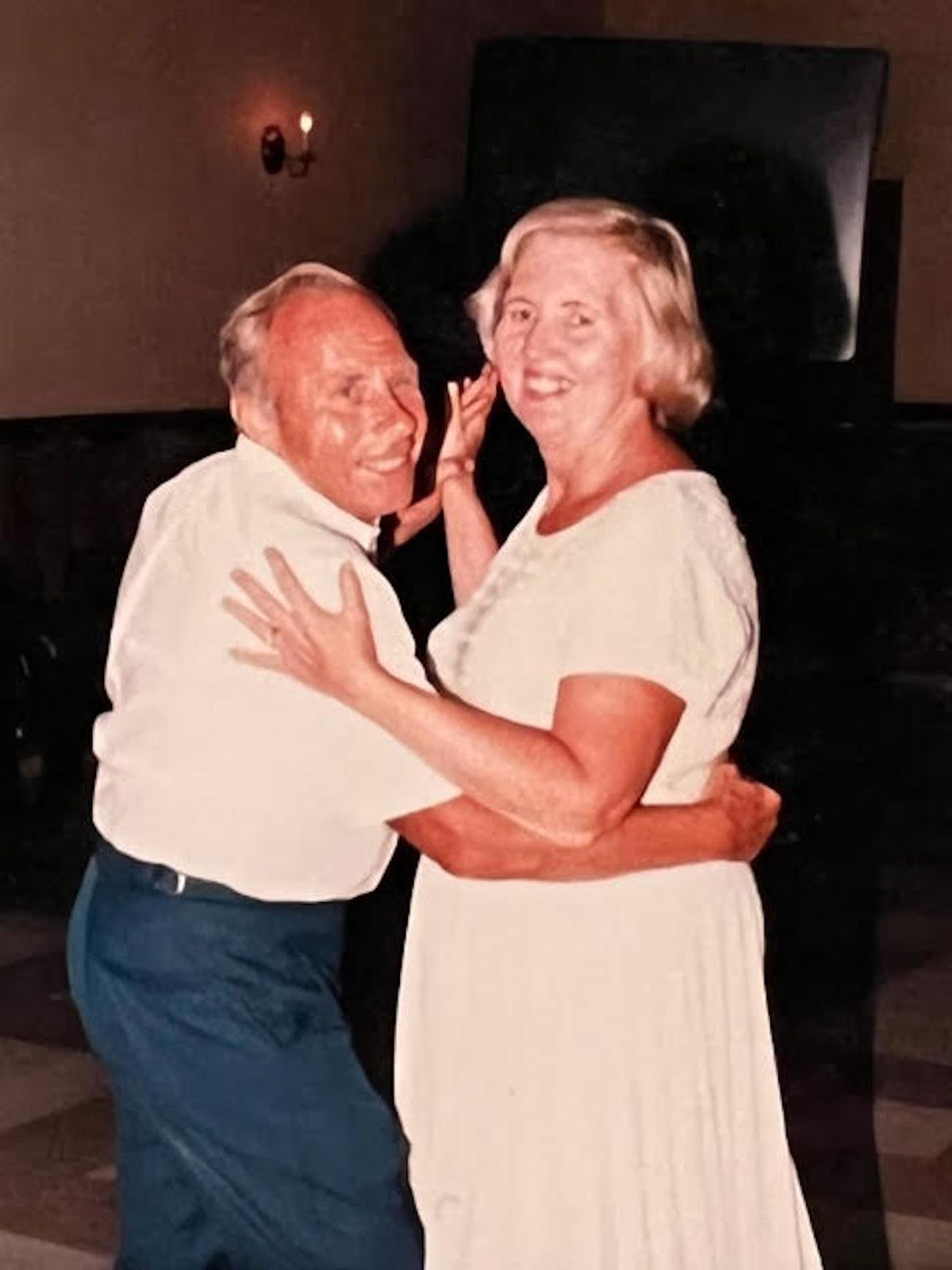 And Mr. Meinke kept busy with the business.

He was quick to walk, even when he had to use a cane.

Over the years, other ethnic groups took the place of the area’s German and Norwegian immigrants, his son said, and Mr. Meinke would stock plants aimed at them, like Cucuzza squash for Italian customers and bitter melon and opo squash for Asian customers.

“I miss him for advice,” Jim Meinke stated. “He’d like to know how many trees we sold, how many poinsettias we sold. He still cared about all that. I think that kept him going.”

At Christmas, “He’d remind me to call in orders ahead of time.”

In the future “The places we buy trees from in Michigan, I’ll have to remember to call them extra early to make sure we get the order in.” 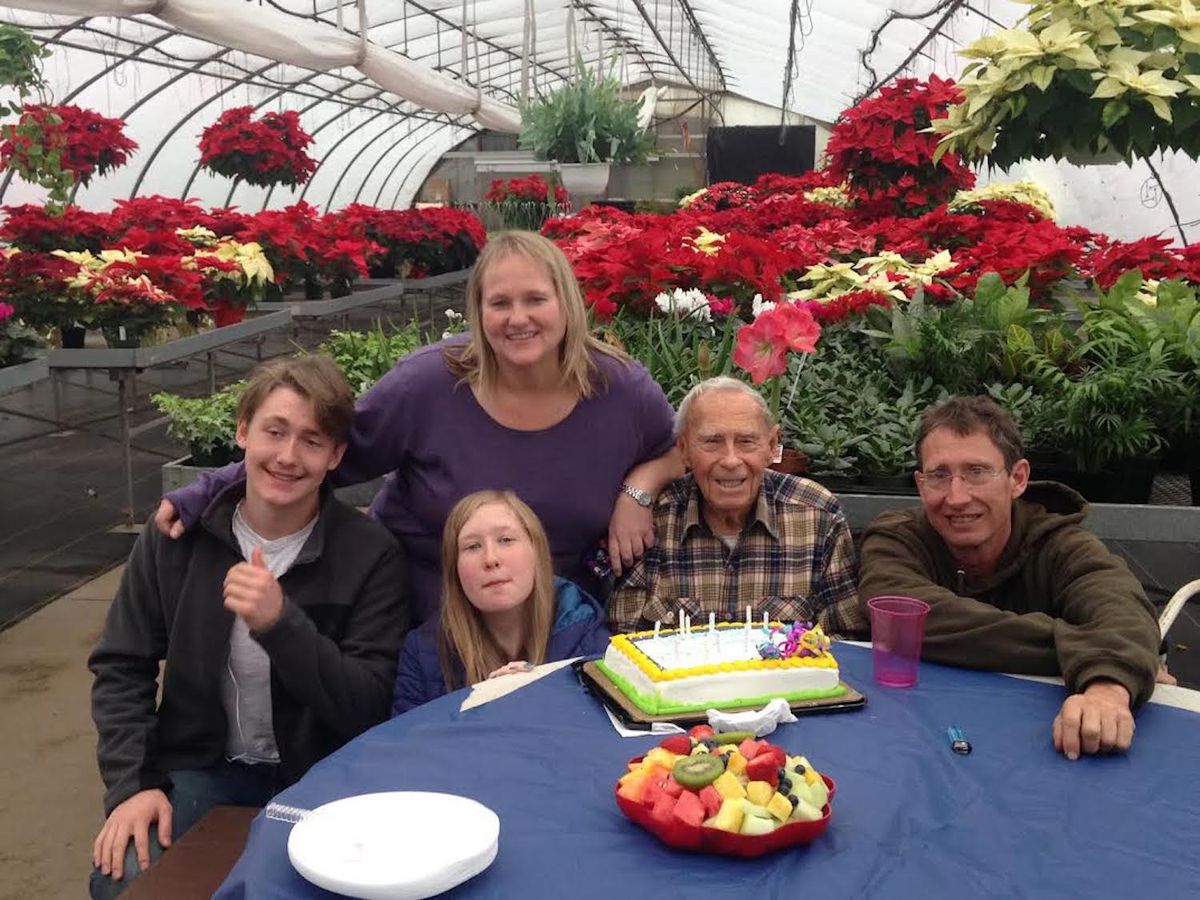 Henry Meinke (with cake), celebrating his birthday with his son Jim and daughter-in-law Luanne, as well as his grandchildren Henry Colin and Sarah.

Rifle Shots Ring Out from an Escondido Plant Nursery